Frog in Love by Max Velthuijs 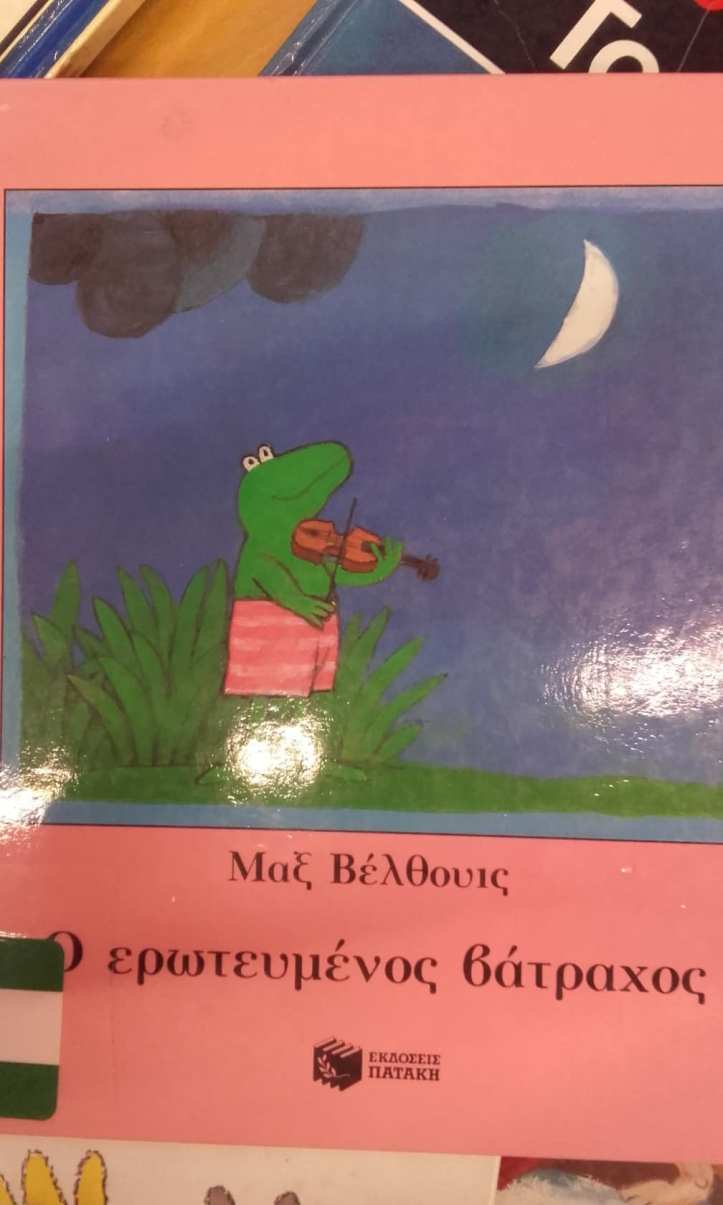 Written and illustrated by the famous Dutch author Max Velthuijs, Frog in Love is one of the twenty one books available with the adventures of Frog and his friend. The cosmopolitan and multilingual Velthuijs creates effortlessly a simple yet great story while introducing the theme of love to the young readers in a unpretentious and unwasteful way.

The story is about Frog who has been feeling funny the past few days; he laughs and cries at the same time, his heart beats faster than usual, sometimes he is hot other times is cold. The Hare reveals that all these are symptoms of… love. Only then does the Frog realise that he is in love with the Duck. Although the Piglet insists that they are different as ducks are white and frogs are green, the Frog doesn’t seem to be bothered. He is in love and only that matters now. So, he starts leaving pictures and flowers at Duck’s doorstep until he decides that he should do something extraordinary; something nobody else has done before to impress the Duck. What he does is the highest jump in history but unfortunately he falls and hurts himself. Then, the Duck nurses him and they both reveal that they are fond of each other and ever since they love each other dearly.

An exceptional reading in its simplicity, an ageless story that captivates young and older readers alike, an inspiring author and illustrator who was awarded with Hans Christian Andersen medal in 2004 for his ‘lasting contribution to children’s literature’. I would highly recommend all books of his but this one remains my favourite.

Thoughts that need sharing and debating as you may be experiencing them too.

Exploring What Captivates, Inspires, and Intrigues Us.