SPIKE The Hedgehog Who Lost his Prickles by Jeanne Willis & Jarvis 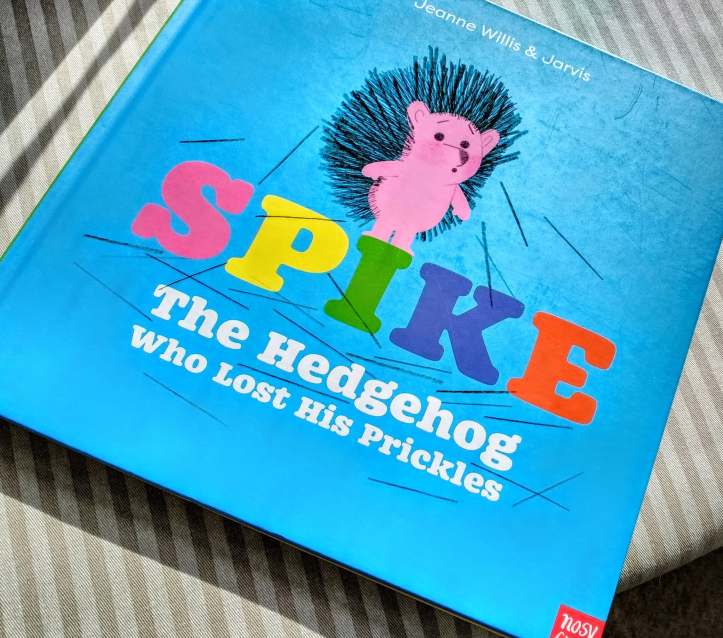 Jeanne Willis, the author of dozens beautiful children’s books, has returned this time with Spike The Hedgehog Who Lost his Prickles. Jarvis has created a lovely atmosphere for the reader with his vivid colourful illustrations. The story is about a hedgehog, Spike, who after a scary dream loses all his prickles and tries to hide his nudity so as not to be embarrassed in front of his neighbours and friends. He first tries a lampshade on but the rain makes the paper tear, then a china plate and a cup but he crashes clumsily into a tree.Later Spike finds a holey sock but the sock unravels on a thorn until he sees a bunch of balloons and tries them on. The balloons are so light that they lift him in the sky and carry him around the world twice. What will happen? Will he manage to get back home?

While the hedgehog’s day is full of adventure and surprises, he feels really nervous about the prospect of being ridiculed for his lack of prickles. Yet, the readers see that apart from the rabbits who laugh at first, none of the friends actually tease him. They only spot the fact that he is bare, the badger genuinely asks ‘Hedgehogs should have prickles. Where are yours?’ The weasel worries that Spike might freeze and catch a cold and at the end his friends are all there to party with him. A cute book for toddler’s and preschoolers’ bedtime story. 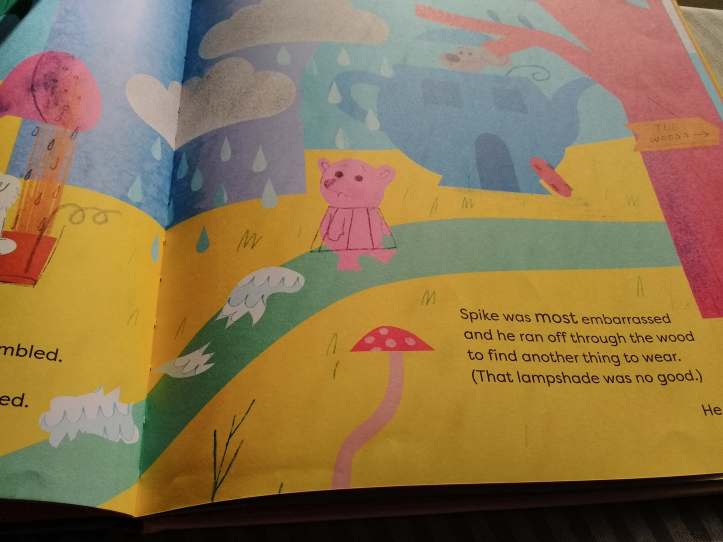 Thoughts that need sharing and debating as you may be experiencing them too.

Exploring What Captivates, Inspires, and Intrigues.